My new house came with some rose bushes, which I have embarrassingly ignored for 5 months since I bought the place.  Before that they were ignored for at least another 5 months.  Despite the neglect, this one is certainly making the most of the recent rains and warm weather.

I had been considering replacing the roses with something else, but the lonesome blossom has kind of endeared this one to me.  Maybe I’ll take care of them after all.

The yellow flowers are some variety of sourgrass.  They’re generally regarded as a weed but in a big swathe like this I think they’re pretty in a wildflower sort of way. 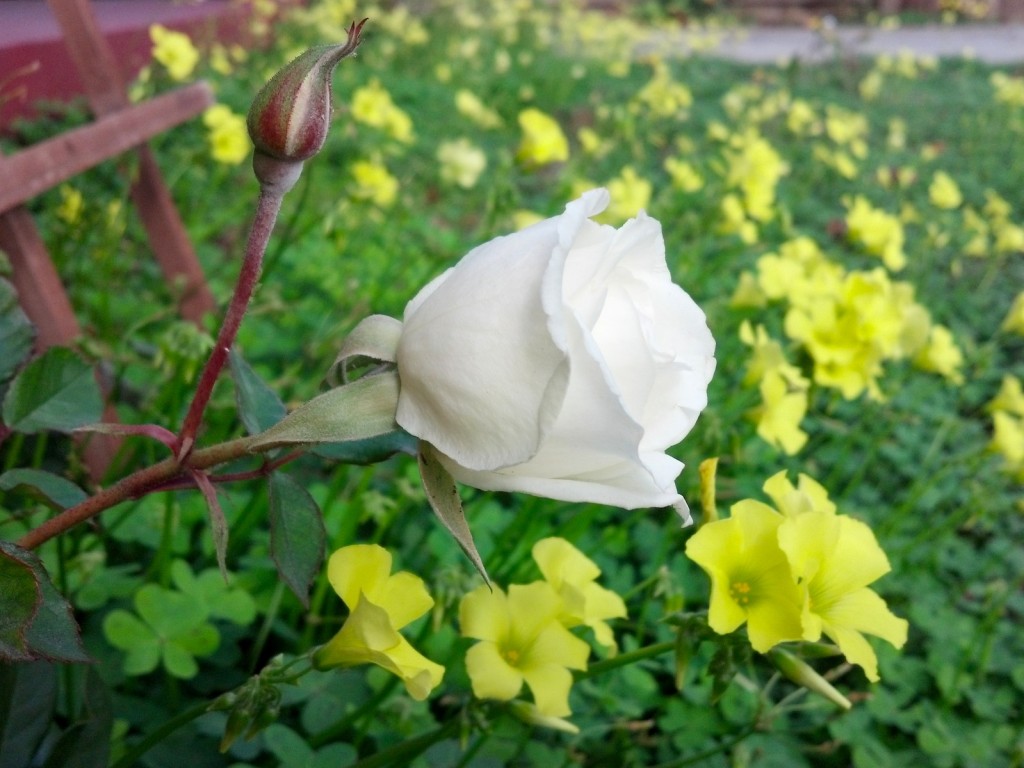