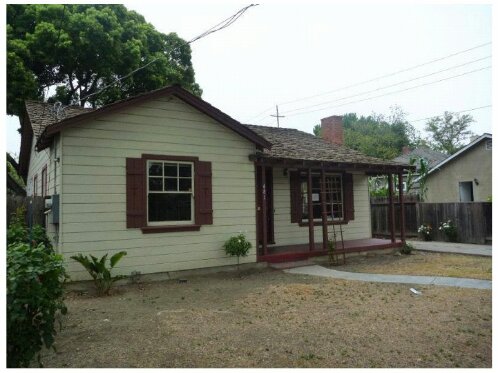 My home inspector was pretty quick, he got his report out same day!

This is the image from the first page of the report, taken this morning. The place is looking a bit bedraggled with the dead lawn. I see sprinklers and grass seed in my future.

The chimney inspection was pretty good. He found some issues, which I expected, but overall the chimney is in decent shape; it’s not about to fall down or anything. So that’s good news.

About the only thing which will prevent me from buying the house at this point is if the foundation cracks turn out to be a disaster. My home inspector thinks they can be fixed up with epoxy injection, which is a fairly common repair for older foundations. I’m getting a bid from a foundation company for the fix.

There is one other thing which could be an issue: I’m still not technically in contract. The bank which owns the property has confirmed verbally that they are accepting my offer, but I don’t have a signed purchase contract yet. I don’t have any reason to believe it’s anything more sinister that bureaucratic delay, but until they sign I can’t say with legal certainty that I’ve gotten the place.