I dropped my phone and smashed up the display last week.  It continued to work, but the glass was cracked into a million pieces.  All the pieces stayed together okay and it kept working, but it was definitely plenty broken.

This isn’t the Droid you’re looking for

On the Motorola Razr, the screen, touch digitizer, and front glass are all one assembly.  The glass is bonded to the front of the display panel with adhesive across the entire surface instead of just around the edges like it is done on some older phones. As a result you can’t just replace the glass when it breaks.  Or can you?  There are some YouTube videos and internet blogs suggesting that you can actually use a heat gun to soften the adhesive, remove the broken glass and then put a new piece of glass back onto the phone.  So I thought I would try that.

It doesn’t work.  The heat doesn’t really soften the adhesive very much at all, and the shards of glass are very difficult to remove.  When you use enough heat to actually have an effect on the adhesive then it damages the display panel and the light guide for the LEDs that illuminate the four buttons along the bottom of the phone.  So basically that didn’t work at all, and this morning I dropped my phone off at Cell Phone Repair on Camden avenue to have them replace the screen and digitizer.

I will say this, it’s quite a neat piece of engineering.  The light guide that I mentioned is fantastically miniaturized.  It is the same technique that they use in display backlights, but made into a tiny and ultra-thin example just for the four touch buttons.  Sorry I didn’t get a picture of it.  The display itself is fun to play with once it’s no longer attached to the phone.  It still responds perfectly to touch control, and it looks normal except for the purplish splotch in the corner from the heat.  Removed from the phone it’s only about a sixteenth of an inch thick with very small margins.  It feels like using some kind of sci-fi future phone.

The streaks you see on the display panel in the images below aren’t cracks, they are the adhesive I mentioned before.  I didn’t bother cleaning it all off when it became clear that I was going to have to have the whole screen and digitizer module replaced anyway. 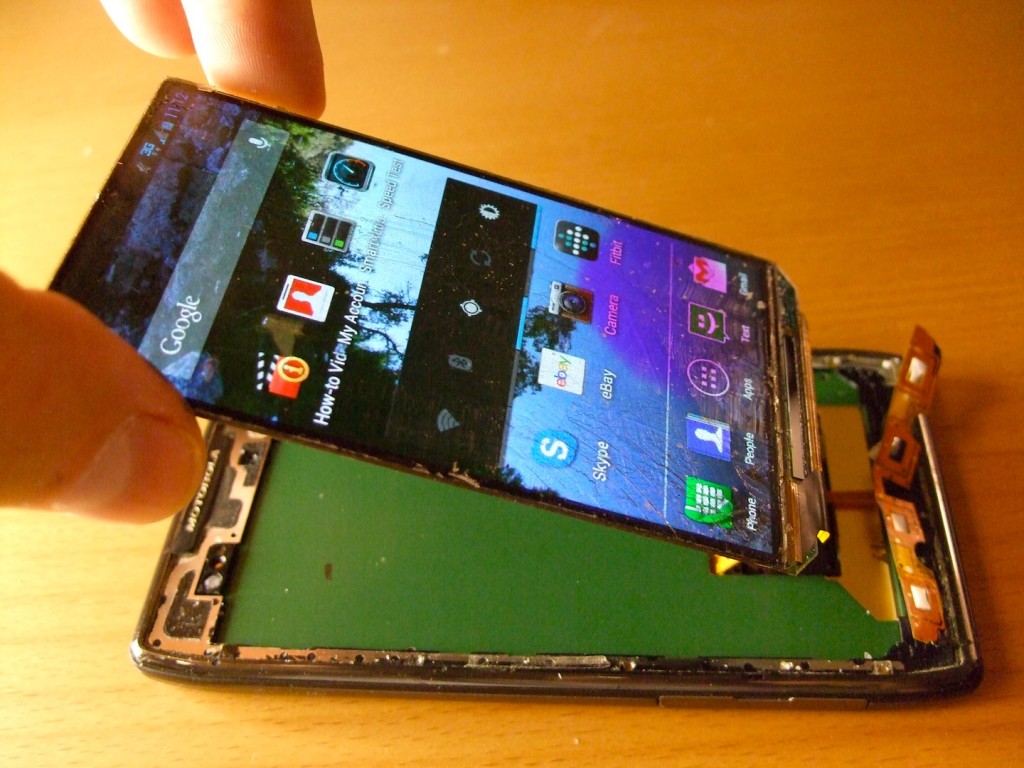 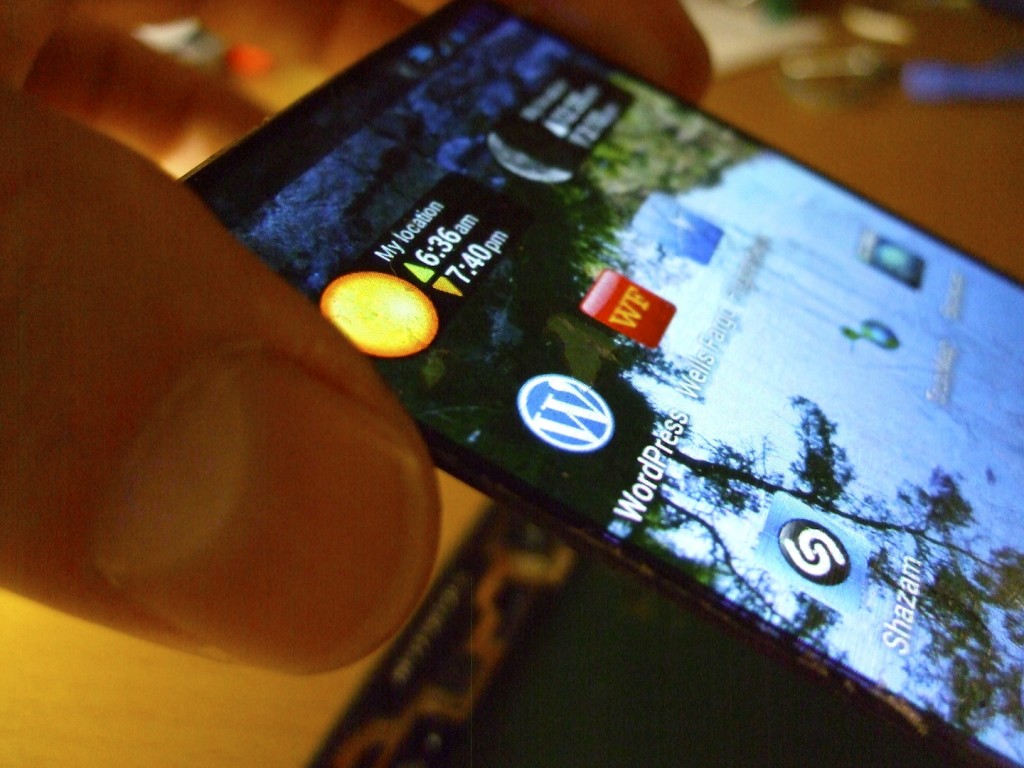