Seems like it’s been a while since I posted anything here.  I finally received an actual contract from PG&E last week and I sent it back to them, signed, with a check. Hopefully the barn will have power soon!

I spent a couple of days trimming trees and getting rid of the trimmings.  The cutting is actually pretty easy, it’s dealing with the branches once they are on the ground which takes the most time.  I probably got about a quarter of a cord of oak logs out of the deal, or slightly more if you count all of the little stick parts two inches in diameter.  I fed most of the twigs through my chipper; there’s a small pile left owing to the fact that it started raining on Sunday before I had finished with them. 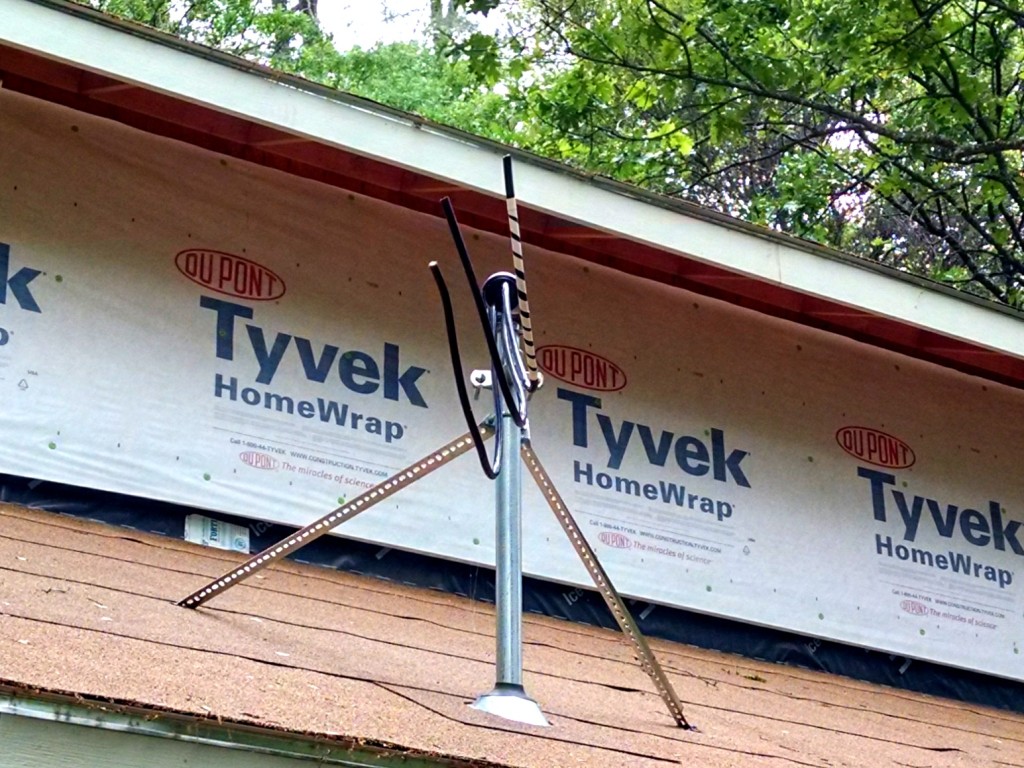 The service mast bracing which I promised in the last post has been installed. It’s not terribly good looking, but this is a rural utility building after all.  The more attractive and more expensive way to do it would be to run the service underground.  I had thought about doing that initially, and one of the neighbors does have an underground service.  Everybody else on the hill has overhead wires.  I decided ultimately to go with overhead to save money.  Since I found out that they can run the service drop without installing any new poles, it’s really saving a bunch.  An underground service would have required a pole to make the transition.

No word yet on exactly when the utility crew can actually come out to run cable and install the meter.