It’s been a while since I posted any updates.  Let’s see, what’s been going on?

I got the doors installed on the barn.  They won’t keep the wind out until I install trim and door brush around the edges, but they are up on their tracks and they roll nicely.  They’re really heavy.

I wasn’t sure whether I wanted to use square door rail or round rail, so I used a different type on each door.  For the record the door with round rail rolls easier and also more quietly than the door with square rail.  The square rail was maybe ten dollars cheaper but the hangers were a separate item so in the end the cost was about equal.  If I ever build another barn I’m definitely going to use round door rail exclusively. 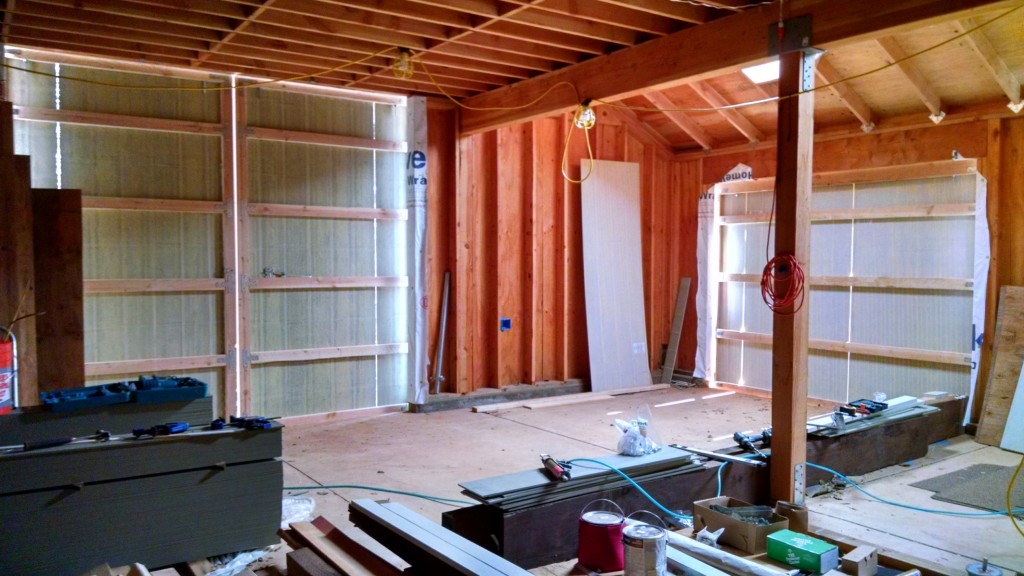 I’ve also started working on the deck out back.  Not much to say about it really except that it’s progressing.  Getting the beams in place was a bit of a chore but it’s complete now. 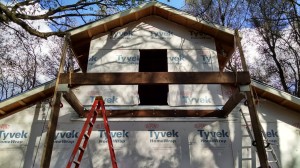 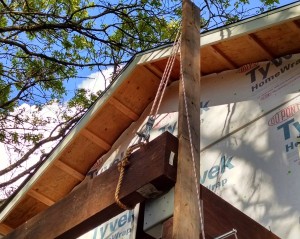 Last but certainly not least, the inspector approved me for PG&E!  No word yet from the power company on when they can come out and start on my job but everything is a “go” on my end.  I’m really looking forward to not having to roll out the generator every day that I work on the project. 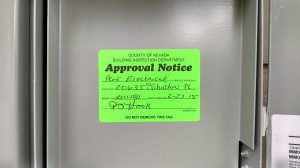